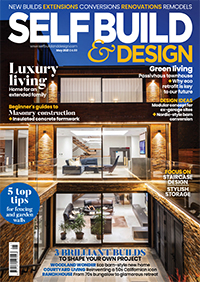 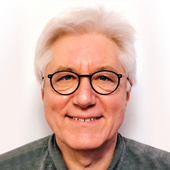 However meticulously you have planned your project, self build is always something of a leap into the dark. The weather, the labyrinthine workings of a planning officer’s mind, the reliability, or otherwise, of subcontractors – these are some of the most familiar sources of uncertainty for the selfbuilder.

But it’s the ‘unknown unknowns’ that can provide the most expensive setbacks. Take the north London rabbi who self-built an underground house in the garden of his existing home. No sooner had excavations begun when water rapidly, and inexplicably, filled them up.

It was only later that an adjacent pub was found to have been built on the site of a former mill house, whose mill pond had occupied the rabbi’s garden.

I know this because the contractor also happened to be working on my own self build, though it took him a while to admit that the rabbi’s troubles were the reason for his workers’ frequent absences.

I might have complained earlier but I was pre-occupied by an unknown unknown of my own. The local building inspector decided that the metre-deep foundations originally approved by Building Control weren’t up to the job. My build needed piled foundations, instantly adding £10,000 to the overall bill.

Here, then, are six of the most common, and often least known, hidden pitfalls that can befall the unwary selfbuilder.

1. Ransom strip. This is a small strip of land along the boundary of a plot which the vendor does not own and which prevents access. Sometimes it belongs to a previous owner, who may demand a high price for its sale. Sometimes an owner can’t be traced. In the latter case take out defective title insurance. If an owner subsequently appears your insurer will negotiate a settlement, or pay you compensation if one can’t be made.

2. Easements and covenants. An easement gives the right of way across a plot to others, such as a utility company running services, walkers on a public footpath or neighbours sharing an access road. It can affect the cost of insurance and mortgages, and re-sale values. A covenant is a legal constraint written into title deeds, sometimes many years ago, insisting, for example, on a minimum height of boundary fence. But it may also prevent further development. Covenants can be removed, but the beneficiaries, who may have to be traced, may demand compensation.

3. Ground conditions. Foundations need good, load-bearing ground, so problems arise when areas are unstable or water-bearing (as with the rabbi) or if tree roots are nearby, especially on clay soils, which shrink and expand throughout the year. Solutions include deeper foundations, concrete rafts or piling, but each adds significantly to costs. Digging trial pits beforehand and engaging a structural engineer if anything seems suspicious are important safeguards, but the best safeguard is a generous contingency fund.

4. Utility charges. Gas and electricity services are complicated in that the supply and infrastructure are provided separately. Gas connections are made by one of four gas transporter companies, electricity from one of seven regional distributors. The actual supplies come from the provider of your choice. For water and sewerage, however, services and infrastructure both come from your regional supplier. While that simplifies matters, you will have to pay an infrastructure charge for both water and waste water services on top of the connection fee. In total, utility charges can add up to several thousand pounds, but local circumstances may impose much higher costs. Common complications are the need to create a new connection to the nearest main sewer, or the closest gas main turning out to be so distant a connection becomes prohibitively expensive. Investigate your local circumstances as soon as possible since arrangements for all utilities can take from several weeks to several months. The availability, or absence of local utilities, may also affect your chosen heating system, the design of your home or even your decision to buy a particular plot.

5. Community infrastructure levy. CIL is a planning charge levied by local authorities on new developments to help pay for the additional load on the local infrastructure. Charged on a rate per square metre of internal space, it can easily reach many thousands of pounds. Selfbuilders can apply for an exemption, but the process is complicated and if any one of four stages is missed, or carried out incorrectly, the levy has to be paid, sometimes making a project unaffordable. The levy must also be paid if you sell within three years of completion.

6. VAT reclaims. House builds are largely zero-rated for value added tax, so selfbuilders can reclaim the VAT they have paid on most building services, materials and fixtures that form a permanent part of their new home. The catch is that only one reclaim can be made and it must be within three months of the completion of the house. In practice this means from the date your building inspector issues a completion certificate, though a letter confirming the final payment of a self-build mortgage is also acceptable. If you leave your submission until you actually move in, and it’s over three months since the official completion, the claim will be rejected. Another cause for rejection is that the build is ‘unlawful’. In other words, you claim for a part of the build that was not on the approved plans. If parts have been added, or altered, you should either get approval in writing from the planning authority, or simply not claim for those parts.